From Car Showroom to Casino: A Midlothian Site of History

‘I want to take us to a location that is six miles south of Edinburgh, not far from the Pentland Hills and in the region of Midlothian. The name of RosIin might spring to mind, with its familiar connections to Dolly the Sheep and Rosslyn Chapel. We are already then into ‘history’ whether this is the more recent past or further back to the 15th century.

Roslin, however, is not our destination. We will stop at a point where Niven’s Knowe Road meets the A701. On the corner is the car showroom Alex F Noble and Son, once the site of the Nivensknowe Miners Social Welfare Club remembered locally as the ‘Casino’. Designed by the Architects T Bowhill Gibson & Laing and opened in 1958, newspaper articles and beautifully composed architectural photographs evidence the club’s confident modernism. Some material aspects of the car showroom are uncannily resonant, such as the large glass frontage, but other aspects of the club are harder to envisage: an open air terrace, its cocktail lounge bar with a mural by sculptor Norman Forrest, and a deep swimming pool. Press reports of the day describe the club as ‘without parallel in the country’ and ‘a bold social experiment’ for the Coal Board’s 15,000 employees (The Scotsman, 2 August, 1958). Yet by 1961, The Glasgow Herald reported that it had become “something of a ‘white elephant’, miners apparently preferring their more modest local institutes and clubs” (The Glasgow Herald, 24 January 1961). It burnt down later in the 1960s. In between the Casino’s opening and demise, it was the place in which Miss Anne Grant is crowned Lothians Coal Queen, a 14-year-old has a brief spell as a lifeguard and a young man begins his career as an entertainer the night the Casino burns down.’ 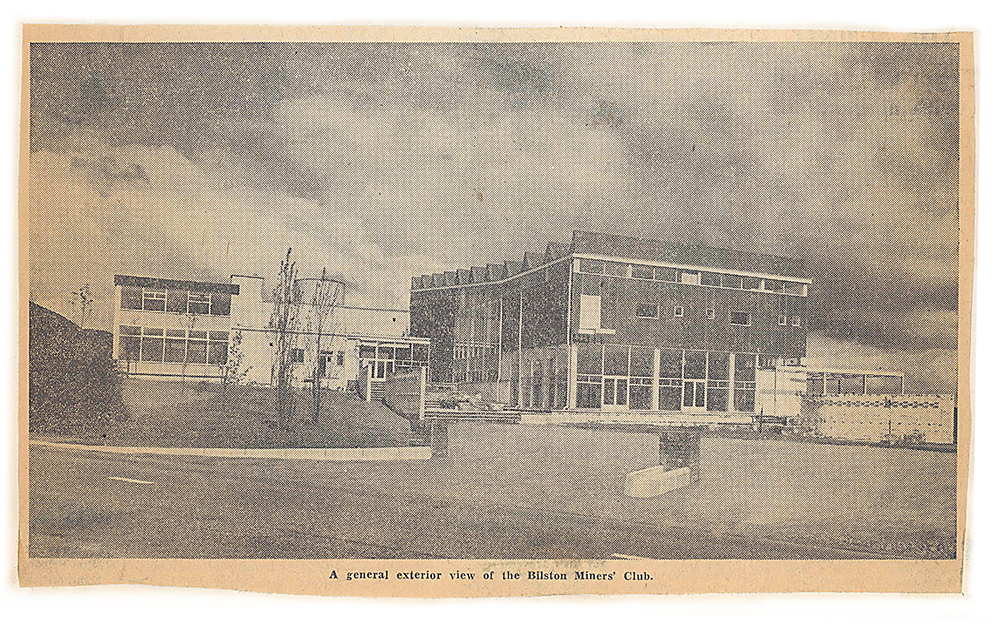