Ghosting the Castle: the case of (re)landscaping in a Northern place

“North is a direction, a relative placement, it is defined by climatic conditions,
by cultural richness, economical remoteness and described in myths and legends.”
(Timespan, 2017)

The above photograph, a 35mm Kodachrome taken by John Ross Polson in 1965, was made in Helmsdale, a fishing village on the North-East coast of Scotland. The boy, Alasdair Polson, stands on a path alongside the A9. The photographer is his uncle. The camera points southwards, and the A9 forms a strong diagonal line behind the boy leading to the middle distance. Beyond that, land rises in the form of a cliff on which stands a silhouetted building: the ruins of Helmsdale Castle.

Early in 2017, I stand in a similar spot to John Ross Polson. Looking at a copy of his photograph, I compare the present-day scene in front of me. The Belgrave Arms is in plain view. Some of the houses that obscured the hotel in 1965, have long since been removed. I also point my camera southwards. The A9 road now curves ahead in the middle distance, and rises gently behind the Belgrave Arms. The landline is dramatically lower in height, the castle ruins gone. 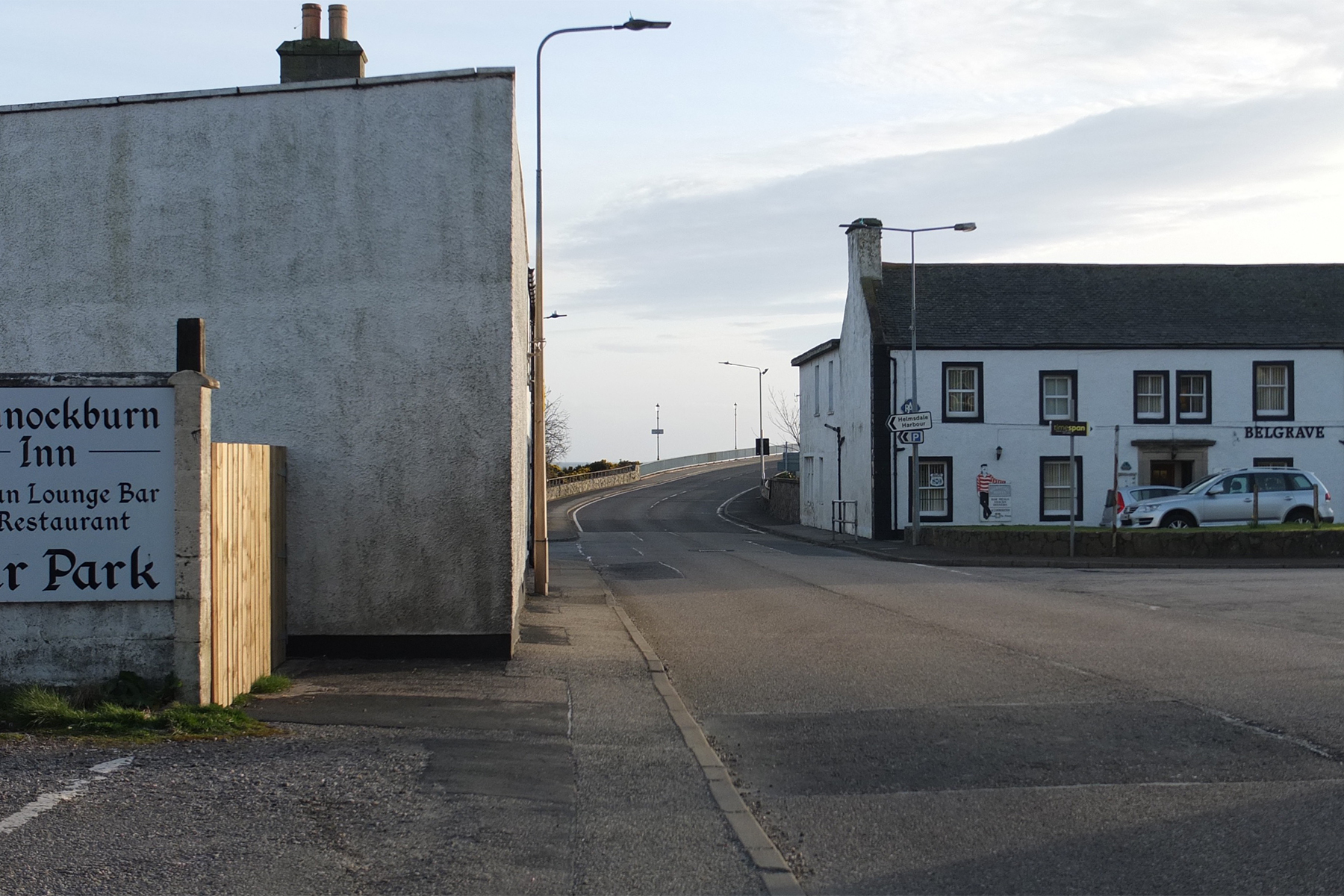 Details of the book, which features the full essay are: